Taking UFC to the Next Level

In recent years, group fitness classes of all kinds have surged in popularity. The combination of group motivation, one-on-one coaching, and unique class formats has made group workouts a fitness trend. UFC GYM caters to this movement in the industry by offering mixed martial arts (MMA) training in addition to traditional gym equipment. They’ll help you with your fitness goal whether it be to lose weight or pack a punch.

When UFC, the world leader in MMA, acquired LA Boxing and began their pursuit of worldwide expansion, they knew the move called for updated technology that would support the rapid franchise development. 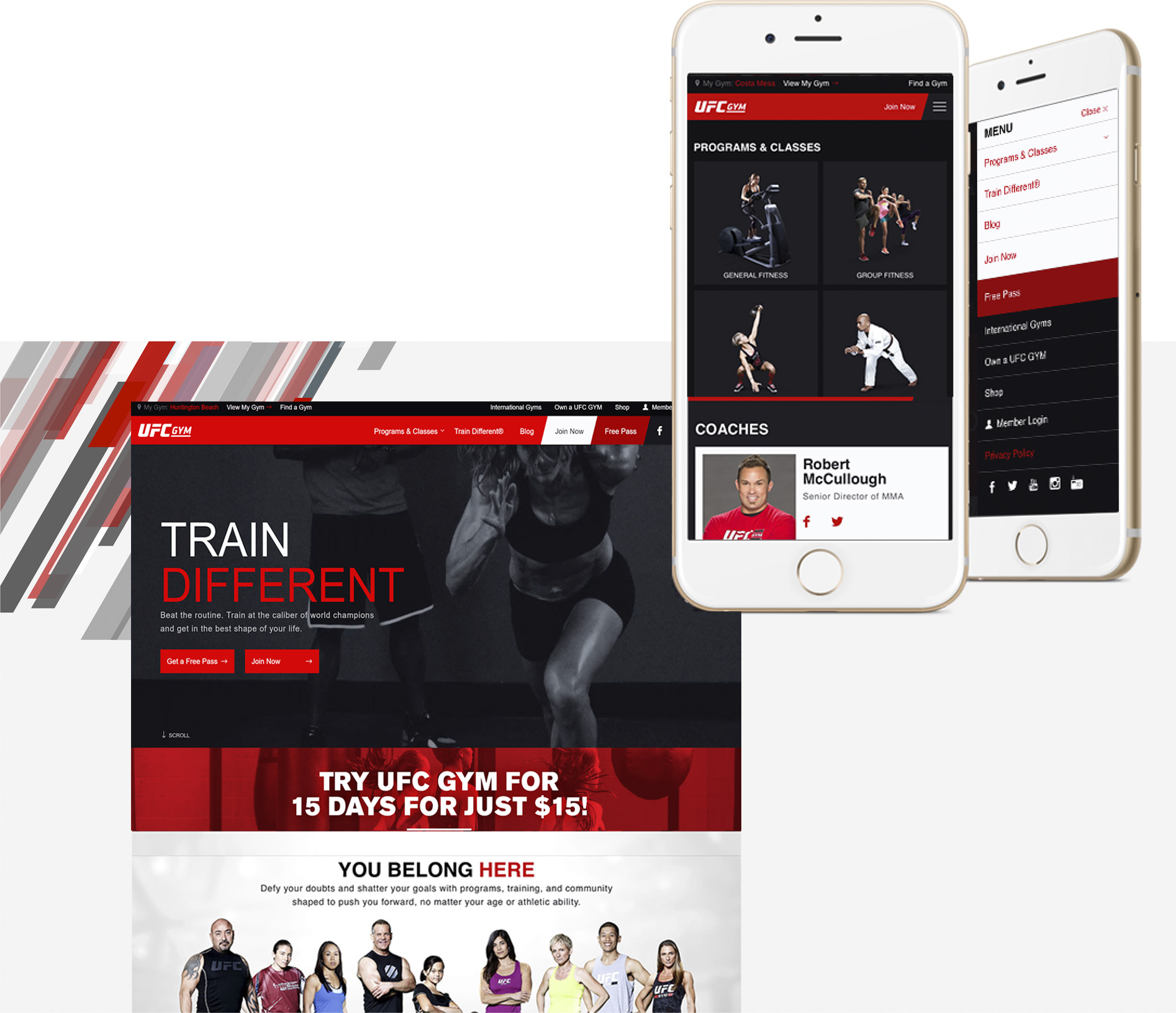 Brand Awareness that Packs a Punch

MAB tackled the challenge of leveraging UFC’s well-known reputation for premium fighting while presenting the brand in a way that would appeal to everyone from soccer moms to professional athletes. MAB started with a company-wide discovery of needs that took into account all of UFC GYM’s digital and marketing assets.

MAB then launched a highly optimized franchise model that was tailored to each location based on geographic area and demographics. The various franchise identities focused on the coaches and highlighted their fight lineage.

In addition to an organic SEO campaign that increased traffic to the site, MAB organized the delivery of brand assets between corporation and franchise. MAB also helped UFC GYM track ad spending and understand analytics that would direct their future success.

Is your business growing? Do you want it to?